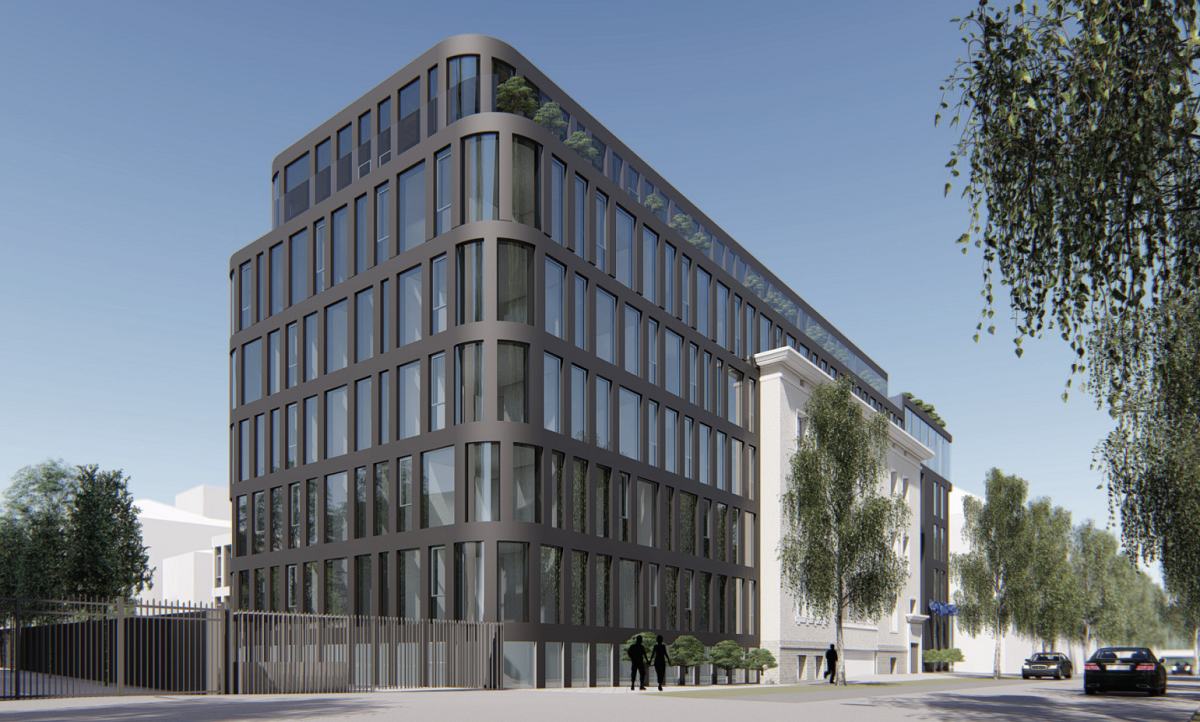 Ehitustrust builds 4-star hotel in the center of Tallinn

Ehitustrust AS and Tallinna Ehitustrust OÜ entered into a contract for the construction of the Jardin Hotell. During the work, the former hospital building and office building constructed in 1973 located in the center of Tallinn at the plot at Lembitu tn 10/12 will be reconstructed and expanded.

The architecture of the hotel building developed by KOKO arhitektid OÜ combines dignity and modesty. The building will be U-shaped, forming a balanced whole, and in the decoration of the facades glass will prevail, which will give the building lightness and airiness.

The building will have 103 rooms, a lobby bar, a restaurant and a conference center for approximately 150 people, a spa center and ancillary facilities.

From the spacious, high-ceilinged lobby of the hotel you can get into the courtyard with a garden. A conference center and a restaurant overlooking the park are provided on the top floor of the building.

The hotel developer is founded in 2016 Lembitu 12 OÜ, whose main activity is accommodation. The owners of the company, Igor Yakobson and Sergey Andreev, are also among the owners of the 4-star L’Ermitage hotel located near Toompea.