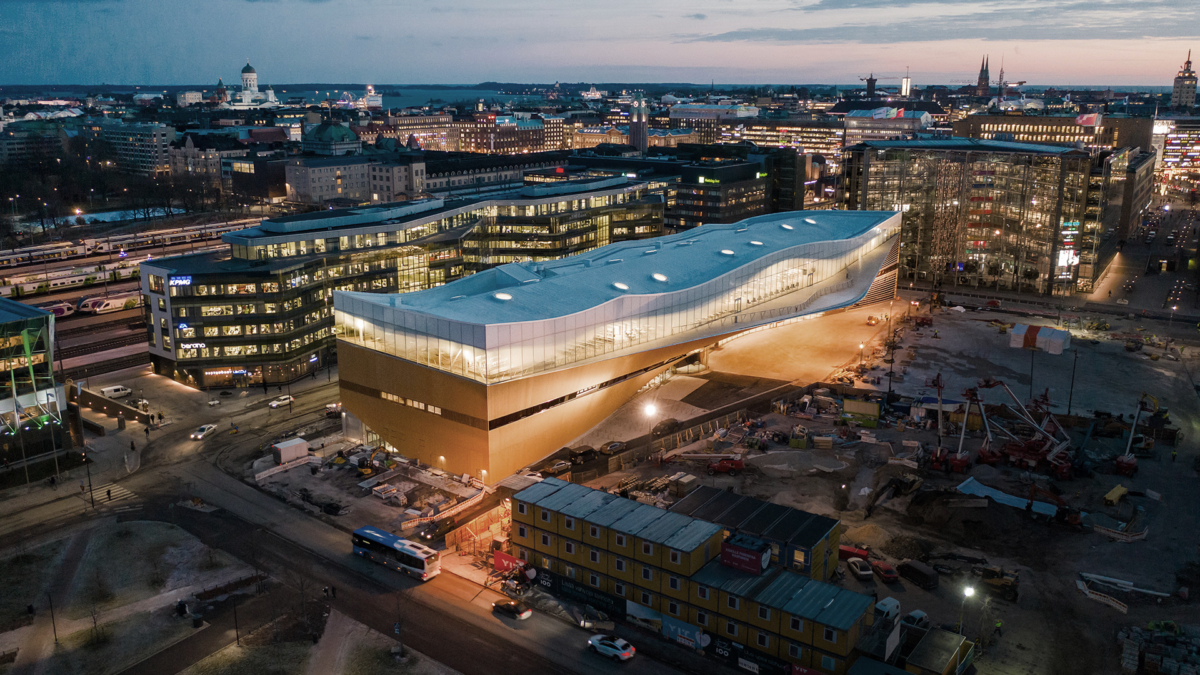 Windoor AS, one of the largest Estonian manufacturers of glass and aluminum facades, designed and installed a unique XL-size glass facade on glass pillars of opened 05.12.2018 the Helsinki Central Library Oodi (Oda). The facade of the library, with a volume of 4 500 sq m and cost of more than 4 mn €, was one of the largest projects of the company in 2018.

According to the head of Windoor AS, Mailis Lintlom, the design and construction phase of the Helsinki Central Library Oodi, with a total cost of 98 mn €, lasted 2 years. “For 24 months we have been working closely with ALA Architects, the city of Helsinki, Ramboll Finland, Pontek OY and YIT, and the result is an architectural solution and construction performance of a truly world-class level. This is undoubtedly the most complex construction among recent Finnish buildings”, – she said.

“The combination of concrete, steel, glass and wood that was embedded in the Oodi building was born as a result of international cooperation. In the working group on architectural and constructive design were people from Finland, Denmark, the United Kingdom, and Estonia,” – Lintlom explained.

Oodi received its first recognition before the opening – the building was called the “Finnish steel building of 2018”.

The outstanding part of the creation of Windoor AS, according to Mailis Lintlom, are the glass facades of the third floor of the building, which imitate translucent snow and frost by white digital prints. “This part of the building has the Finnish-language name Kirjataivas, what can be translated into Estonian as “Book Paradise”. The 360-degree views of the Finnish parliament Eduskunta building, the contemporary art museum Kiasma, the Helsinki Music Centre and the Finlandia Hall can be seen from this floor”.

The total area of ​​the technically complex building corresponding to the conditions of almost zero energy building of the Helsinki Central Library Oodi is 17 250 sq m, and the author of this architectural solution is the Finnish architectural bureau ALA Architects.

Windoor AS is one of the largest Estonian designers and manufacturers of glass and aluminum facades. This company is also well represented in the construction market of the Nordic countries.

Along with the Helsinki Central Library, Windoor AS is involved in the construction of the Mall of Tripla, the largest Finnish shopping center stretching to the new city center of Helsinki, which will be completed in the autumn of next year. With the participation of the company in recent years, such major construction projects in Estonia as the Estonian National Museum in Tartu, as well as the Hilton Hotel and the skyscraper on Maakri Street in Tallinn were completed.