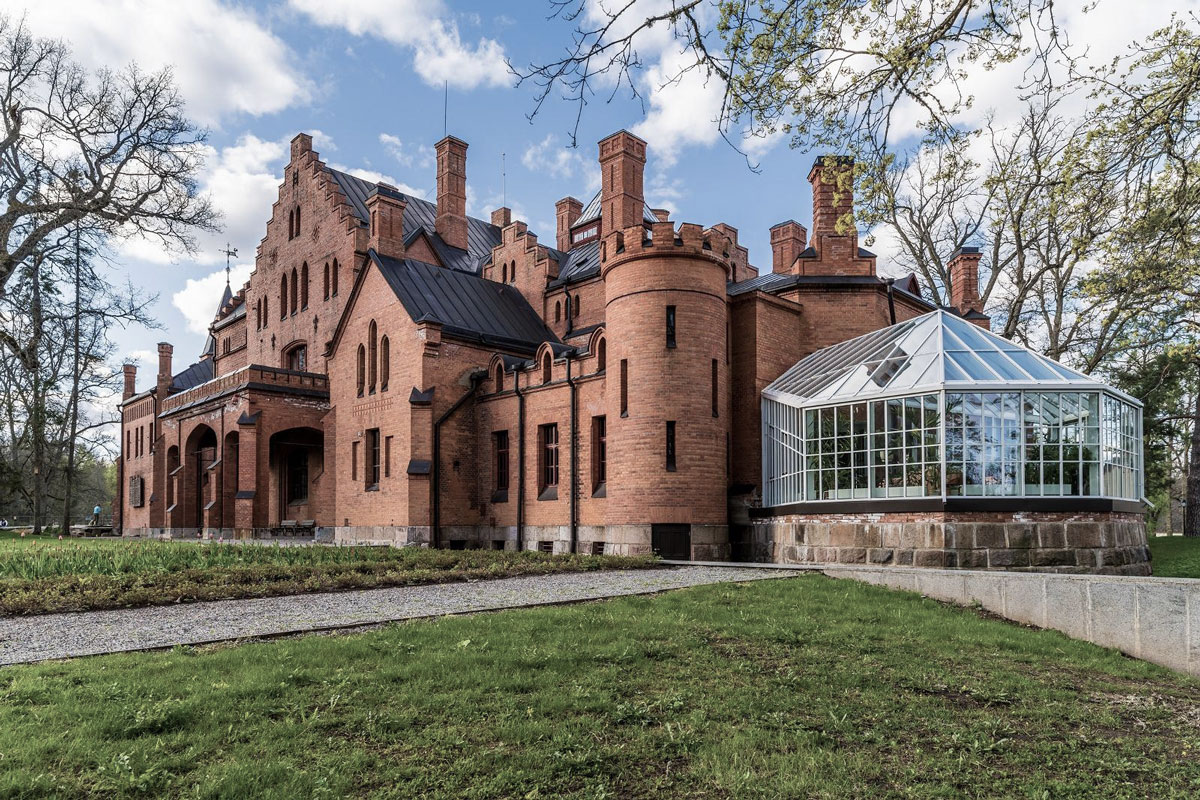 TOP-5 of the most beautiful Estonia’s manors

Until the beginning of the 20th century, separate landed estates with its own economy, which had special name – manors, were very common in Estonia. Nowadays, again landed estates with adjoining parks and auxiliary buildings are gaining popularity among high-wealthy people who want to manage own property, underlining their high status, and to generate income from it.
Similar to as Finland is called “the country of a thousand lakes“, Estonia can rightly be called “the country of a thousand manors“. It is certainly difficult to choose the “most-most” of such an amount and any choice will be personal, but we would like to offer to your attention the five most beautiful Estonian manors in our opinion to demonstrate how beautiful the manor could be in the 21st century.
The order of manors is alphabetical!

Alatskivi. Knight’s manor, located in 200 km southeast from Tallinn. The first mention of the Alatskivi Castle refers to 1601 as the possession of Swedish kings, and from 1628 the manor began to belong to various noble families. In the 1870-1880s, the castle was rebuilt in the style of Scottish residences. Presently, the Alatskivi manor belongs to local authorities and is managed by the Alatskivi Castle Foundation. In the manor complex, in addition to the castle, there are auxiliary buildings and a large park with a lake and ponds. In the main building of the manor are the museum of composer Eduard Tubin, conference halls, a hotel and a restaurant. 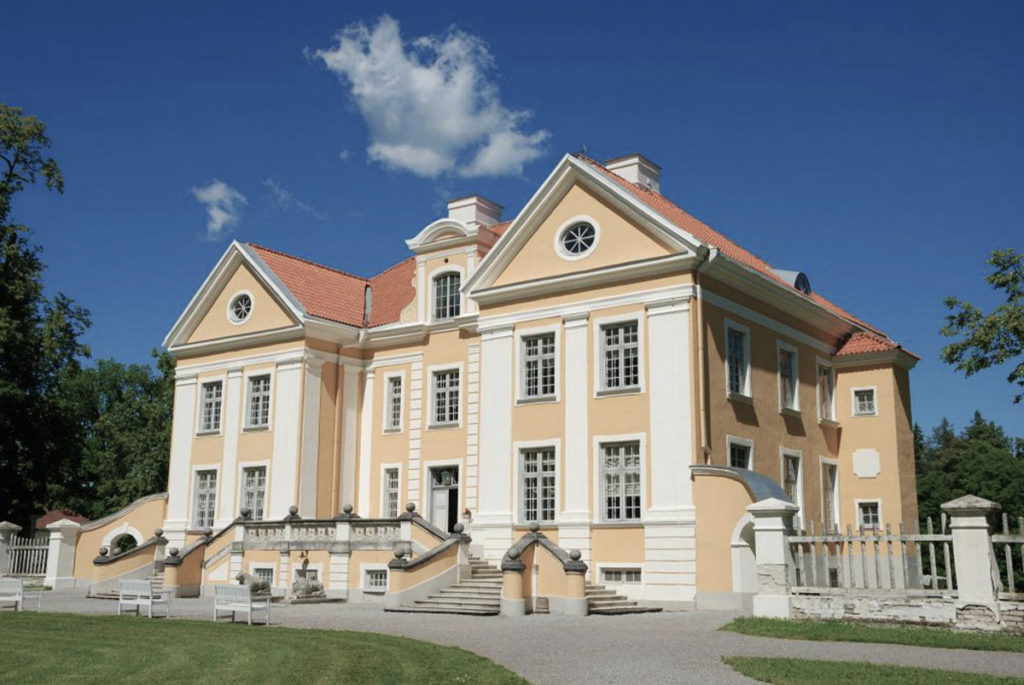 Palmse. Knight’s manor, located in 70 km east from Tallinn. It is remarkable for being one of the finest and most extensively restored manors in Estonia. The first mention of the Palmse manor dates back to 1287, when the King of Denmark Eric VI, in his letter, listing the possessions of the monastery of St. Michael in Tallinn, mentioned Palmse. Since 1510, the manor belonged to various noble families, and its present appearance manor was obtained by 1785. Currently, Palmse belongs to the foundation “Museums of Virumaa”, and in the manor complex, in addition to the manor house and the manor park, there are also a completely restored Palm House with greenhouses, a barn, a stable, a smithy, a batrack house, a bathhouse, a malt house, a house of cavaliers, a counterman’s house, a distillery, a stable-barn for carriages, a rotunda, a coffee house and other buildings.

Pädaste. Knight’s manor, located in 140 km south-west from Tallinn. The first mention of the Pädaste manor belongs to 1566, when the King of Denmark and Norway Frederick II granted it to the family von Knorring for his services to the state. Later the manor changed owners repeatedly, and the present main manor house was completed in 1875. Currently, Pädaste manor belongs to the Pädaste OÜ, there is the only 5-star spa-hotel in Estonia outside of Tallinn. In addition, the hotel’s restaurant 4 times was recognized as the best restaurant in Estonia. 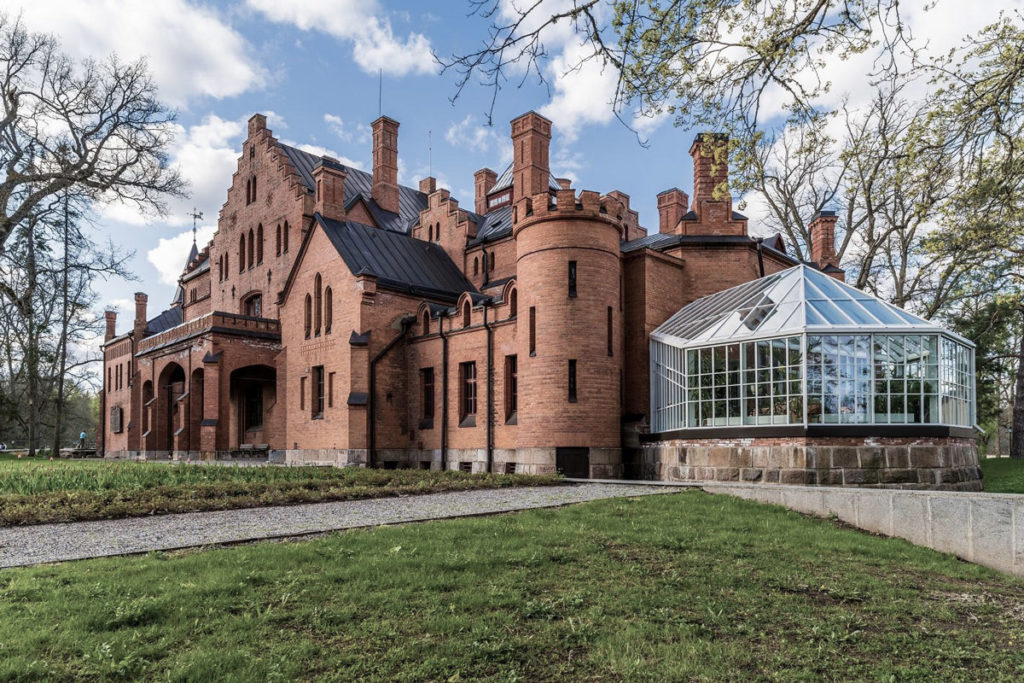 Sangaste. Knight’s manor, located in 240 km southeast from Tallinn. The first mention of the settlement of Sangaste dates back to 1287, and the Sangaste castle was first mentioned in 1522 as a profitable manor of the Tartu episcopacy. Since 1626, the castle belonged to various noble families, and in the modern form Sangaste has been preserved since 1870-1880s when a new main manor house was built, designed in the style of English castles. At the entrance to the castle, under the arched columns, there is an interesting acoustic effect – a whisper in one corner is clearly audible diagonally. In addition, the castle originally had 99 rooms, since buildings with 100 or more rooms were allowed only to the tsar. The castle is surrounded by a park with alleys and the network of five interconnected ponds. Currently, Sangaste manor belongs to the Sangaste Mõis OÜ, excursions are conducted around the castle and the park, and hotel and restaurant are located in the main manor building.

Triigi (Kõue). Auxiliary manor, located in 45 km southeast from Tallinn. The first mention of the Triigi manor dates back to 1319, and this fact makes manor as one of the oldest manors in the metropolitan region of Estonua. The main building of the manor was built in several stages, between the 14th and 19th centuries. Thus, the oldest part of the existing building dates back to the Middle Ages. Currently, the Triigi (Kõue) manor belongs to the Kõue Mõis OÜ, firm of diplomat Eerik-Niiles Kross (the son of writer Jaan Kross). Now the manor complex includes a boutique hotel, as well as a restaurant with a wine cellar and a cigar room.